Black Honey is a female fronted band consisting of Izzy (lead singer and guitarist) and her boys, Chris (lead guitarist), Tommy (bassist) and Tom (drummer). So far they have only released a couple of singles and EPs, but there is hope for an album soon. I talked to Izzy about their upcoming debut album, their inspirations and how she is treated as a woman in the music industry. 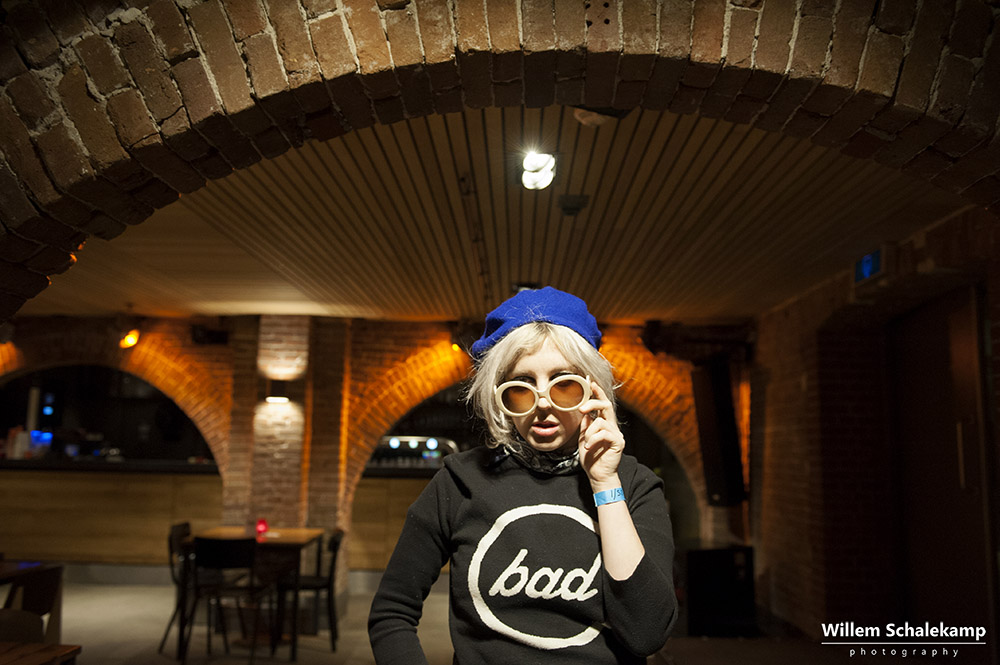 Before their Europe tour Black Honey has been recording and writing in Normandy for a week. When asked about it, Izzy  told me they do the recording in a barn in the middle of nowhere. Which normally functions as a holiday home of drummer Tom’s parents. They prefer this over a studio in the city, as they can fully focus on the writing and recording here, and are not distracted by anything else. When there, they are all in separate rooms working on different things. This way the whole house is basically a writing and recording machine, as Izzy said.

When asked if the place itself is also an inspiration for them, Izzy said no. It is mainly a chance to get out of the daily life and not having to worry about anything. To finally give her head the space it needs, and with that finally being able to take time to use what has inspired her before. Her inspiration comes a lot from art, visuals and other music, but things usually inspire her subconsciously. For example Izzy said: “a lot of the inspiration for the debut album feels like it has come from this particular flat I was living in, in Brighton. Which overlooked the sea, and that is where they have this big wheel going around, and I think that is what inspired me to write Spinning Wheel”.

In the first place Izzy was not so much inspired by other female artists, quite the contrary. When she was 10 she thought she had invented the idea of being a woman in a band! To me this says enough. Men have always, and are still massively dominating the music industry, especially the rock music industry. Izzy agreed. Even though her band members are proper feminists, her opinion as a musician is never less valid than theirs and in the band she is treated as an equal, she does notice that some venues, or people involved in music are often not sure if she is in the band, someone’s girlfriend or just a groupie. And then there are creepy fans, who do not seem to understand that asking to buy Izzy’s knickers is completely unacceptable.

The rock music industry obviously has a lot to learn. But Izzy seems hopeful. Although she is not quite sure if there is an increase of women in music, she really hopes she is at the start of something big. Wolf Alice breaking through, she said, is a good starting point for more big female (fronted) bands. We, of course, hope that Black Honey will be one of them.

Black Honey seems to get bigger and bigger at the moment. One and a half year ago the band played their first show in Europe, at Metropolis in Rotterdam. Izzy mentioned this a lot during their shows in The Netherlands, and it seems to be a big reason why they love coming to the Netherlands as well. When Izzy speaks about their show at Metropolis she seems to glow with excitement. It was their first time in Europe and they came there with no expectations at all. Coming there, Izzy said, to play a crowd bigger than they had ever seen, the first time on a stage that big, the first time crowd surfing and the crowd reacting so intensely to their music, was a moment in which they all thought: “Woah, we can actually do this, we can make it”. With both of the shows in the Netherlands on their first headline Europe tour sold out, it seems very likely for them to completely break through soon. Possibly with the release of their debut album. Although there is no release date yet, the album is well underway, according to Izzy. There is no definite track list yet, but it will be a mix of songs we already know and new songs.