Jerry Williams is a 22 year old singer songwriter from Portsmouth, England. Since releasing her first single in 2014, she has come a long way. With an album in the making for 2018 Jerry Williams is one of the most promising artists for the next year. On December 11th Jerry played in Sugarfactory, Amsterdam on her first ever headline tour in Europe. I looked back on 2017 with her and spoke about her plans for 2018, her inspirations and on being a female musician. 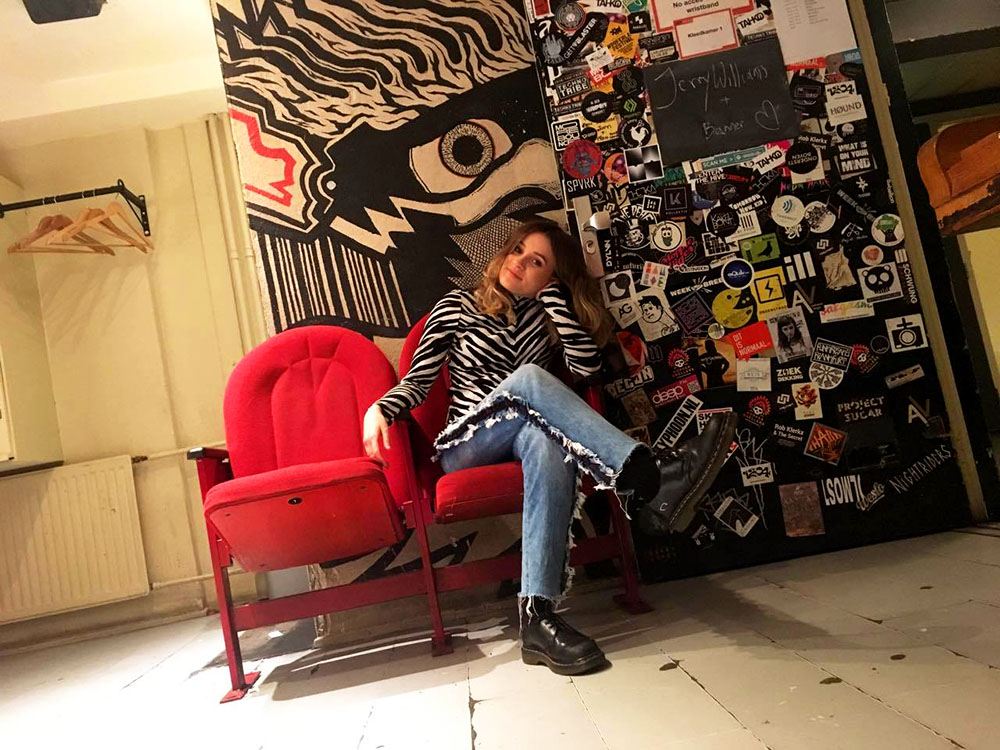 2017 has been a big year for Jerry, she has been playing many live shows in the UK and even some abroad. The festival show on Bilboloop, Spain is what she sees as her biggest highlight, as she pulled her biggest crowd ever there, and a good one as well. People were singing along to her songs and she got recognised on the streets. She seems surprised, but extremely excited, to see people who knows her music. She is somewhat gutted to not have released many songs this year, however she has been loving playing live and it has inspired her to write a lot as well. Which is why “2018 is going to be the year of new music”, she says.

What is quite special about Jerry is that she seems to have two different sounds: one wherein she plays acoustic which are more heartfelt, folky songs, and one with her band which are more upbeat, danceable songs. She is not going to choose between either one of them any time soon, probably not ever. She loves doing both in an entirely different way. She does not have clear plans of releases in the future, but she seems to be open to anything. So even an acoustic album might hit the shelves someday.

The upcoming album will exist mainly of songs with band, with a couple of acoustic ones. 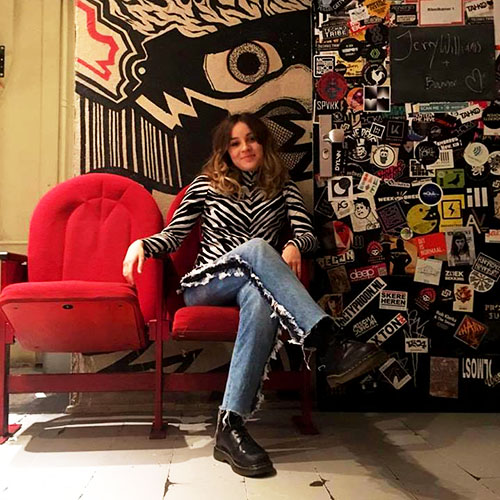 One of those songs will be a very sad song on piano that, I reckon, will be ‘Gameshow’, a song about a close relative passing away which she played live beautifully in the Sugarfactory. Jerry has been writing so much that she isn’t too keen on putting many songs on the album which she has released already, “maybe one or two old ones, but I’ve got so many written, so I just want to get all the new ones out while I can”. As for her future as a live musician, she is not quite sure what her dreams are. When I asked if she dreams of big sold out arenas or smaller intimate shows, she mentioned to not have much experience in bigger venues. After some thinking she decided she would rather keep playing more personal, intimate shows.

As for being a woman in music, Jerry has been quite lucky. She has not had many negative experiences due to her gender and has so far been treated equally. The only thing she mentioned is when getting her first guitar, which was a very pretty Danelectro, she was accused of getting it just because it looks pretty. Which was obviously not her main reason to get it.  She also mentioned that  “it might be harder for a woman in her genre (singer songwriter) to get a big fan base than for a ‘hot guy’ to do so”. Jerry, like most other female musicians, has been specifically inspired by some women in music. The women who inspired her most to make music herself, were the bands and artists she was listening to at the time: Slow Club’s Rebecca Taylor, Kate Nash and Lily Allen. She really loves “quirky women, who are really clever and cool”.

Jerry hopes to come back to Europe soon, for either support shows or festival shows. Hopefully this time with her band. With a lot of new music and an album coming up in 2018, we certainly will have a lot to look forward to!