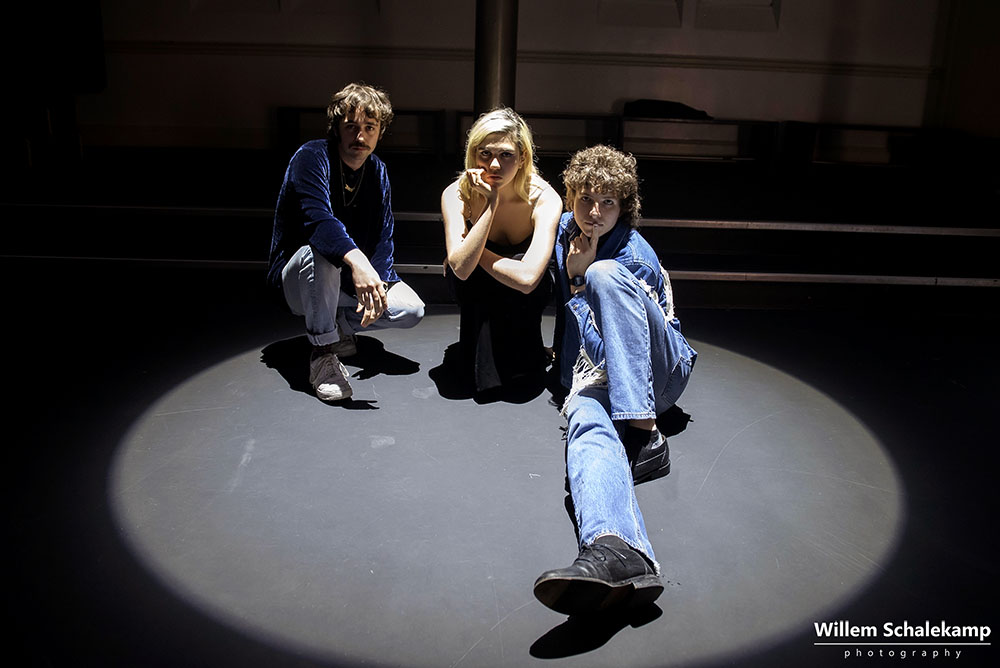 At the early age of 13 Julia started making music. Inspired by girls in the DIY scene, she picked up a guitar and started playing and started a small band to busk around on the streets. Julia wasn’t as much inspired by big artists as she was by her friends who started playing guitar, had pedals and knew about them. Being around them made it ‘normal’ for her to start making music as well.

The band she started at 13 is called Supercute!, which was a band existing of Julia and two other girls. Kate Nash somehow discovered Supercute! and was a fan instantly. This is when she asked Supercute! to tour through the US and Europe with her. At this point Julia and her friends were around the age of 15. They went on this tour but were constantly fighting to be taken seriously, because not only were they girls, they were still kids at that point. Going on a tour in a different continent at the age of 15 really wasn’t as easy as Julia made it sound at first. Julia got really excited and told us a story about the start of their tour. At first Supercute! knew they could not even afford the Europe tour, but they were really excited about it and they desperately wanted to do it. So they called Kate and told her this, Kate replied ‘you can just come along on our bus’. Which pretty much solved the money problem at that point. The Europe tour started in Oslo, Norway. The band went along with a mother of one of the members and had a budget of about $1000 for anything that could go wrong. They arrived in Oslo with one piece of paper that had the address of their hostel on it. Once they found the hostel they were told there was a pipe leakage, and they had no rooms left for them. Imagine the band in a rainy, dark night, in one of the most expensive cities in Europe, without any smartphones. So Julia and the mum wandered around in Oslo, looking for a place to stay, while at the same time making plans of how they would deal with sleeping on the streets that night, to take two hour turns to sleep, for example. Eventually they found a tourism centre, who found one place that had two rooms for one night, for $800, basically blowing their whole cushion in one night in Norway. The next morning at breakfast they hoarded all the food, because “I don’t know if we ever can afford to eat again in these next two weeks”.

In these two weeks the things going around in the girls’ heads were just ‘do I have to sleep on the streets tonight?’, ‘when will I be able to eat again?’, ‘when do we need to go back to school’. As Julia says: “It didn’t make any sense.” In order to try and make money Supercute!, of course, sold merchandise after the shows as well. However, they always did the encore with Kate Nash and after that they would have to run to the merch table. One night, somewhere in Germany, it was so crowded, that they had no idea how to get there. So at one point they were crawling on the floor to get to the merch table, but while doing that Julia punctured her hand on a rusty nail on the floor. So she was selling the merch, but her whole hand was covered in blood. The point Julia was trying to make with these stories is that this whole musical history of hers is crazy and nothing made sense at the time.

No one has the time to be introspective

In 2013 Julia started Sunflower Bean with Nick and Jacob, in which Julia became lead singer and started playing bass. 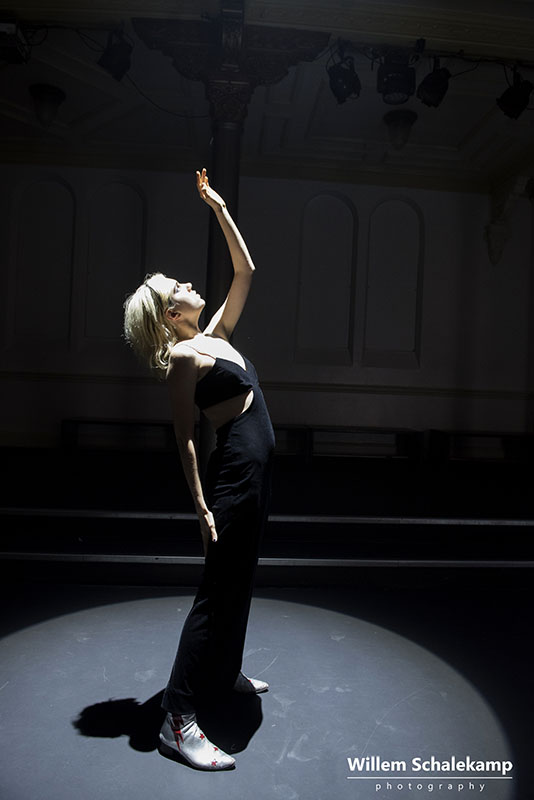 As mentioned before, Sunflower Bean is New York based and we were really curious about what that meant to them as a band. Coming from New York and being based in New York as a band is a big influence on any New York band. The main thing about New York, as Julia describes it, is the hassle. ‘You’re in a really intense space, everyone is doing things all the time. And I think sometimes this makes the art kind of bad, because no one has the time to be introspective. No one actually has time to find out who they are, because everyone is constantly out in town, and constantly trying to make enough money in order to be able to live in the city’.

For Sunflower Bean this has influenced their drive, their urgency. This is reflected in the sound of their music, as an almost Woody Allen-like neurosis, as Julia puts it. Explaining the difference in the sound between New York bands and, for example, bands from the west coast is hard, says Julia. ‘It’s something you can hear, but not explain. The bands from the west coast have a way more sunny sound, and usually make garage rock’. Julia would not recommend New York to kids starting a band. In her opinion, New York has not done enough to support spontaneous and strange art in the past 10 years. There are not many new bands coming out of New York, because you cannot survive there unless you have money. Sunflower Bean survived through playing in Jacob’s mother’s basement. Julia says, “we can play for 1200 people in London, but we still have to play in a basement at home.” In New York you have to be creative to survive. Even as a ‘diehard New Yorker’, as Julia calls herself, she says a place outside of New York is better for starting a band. “I’m optimistic, but I’m tired,” Julia explains.

In 2014 Sunflower Bean played CMJ music marathon, where they were noticed a lot. This was the point where they started to get some recognition, which eventually led to them getting signed to a label where they released their debut album Human Ceremony in 2016.

I found confidence in being vulnerable

Leading up to the second album, a lot has changed for Sunflower Bean’s sound. As Julia put it herself, she found confidence in being vulnerable. Julia explains that it was not only the confidence, but also the realisation that she was not being vulnerable along with not realising the power of vulnerability. “I thought it was very empowering to scream,” she says, “and it still is, but I didn’t realise that by screaming I was ignoring other parts of myself.” After touring with the debut album, Julia had this moment of realisation that she had this vulnerability within herself. That she realised she wanted to go into a different path for the next album in order to allow herself to show these other parts of herself. At the same time Nick started with this different guitar tone, which was away from the sound on Human Ceremony. “This helped me sing in a different way and it was helping me to feel confident in different parts of myself as a songwriter, to put my heart on the table a lot more.” From these kinds of differences, Twentytwo In Blue was born.

Julia tells us she feels like getting to the age of 22 is a pretty big deal in the US. Whenever she comes to Europe she senses that teenagers around the ages of 18 already know (or feel like they should know) what they’re doing in life, whilst in the US, up until the age of 22 you’re basically allowed to still be a kid. The being a kid versus being an adult battle has a lot to do with the power one has at a certain age. Julia explains that around the age of 22 you start to realise that you have this power, but you’re only just learning how to use it.

The words Julia uses to describe the album are ‘resilience’ and ‘perseverance’. With that she means the album is about the innate inner strength one has, of which you might not even know it is there.  Julia continues this description by using a metaphor: ‘You know when you’re at the beach, and you see a piece of wood, that maybe a boat used to be tied to. It’s kind of old and rotting and you’re thinking ‘How is that still there? How is that piece of wood still there, in the water being hit by the waves every day.’ That’s what I think of. It’s about a certain part of yourself that can’t be beaten down’. This is what Julia was thinking about whilst writing the record. For songs like, ‘Only a Moment’ and ‘Twentytwo’, she felt like she was writing to someone. Until at some point she realised that a lot of what she was writing was what she needed to hear herself. Julia is only 22, but already has had an exciting couple of years in music behind her. We can only look forward on what is next to come. For now we will just enjoy the tunes of the latest album Twentytwo In Blue.